To Get Results, You Gotta do the Work 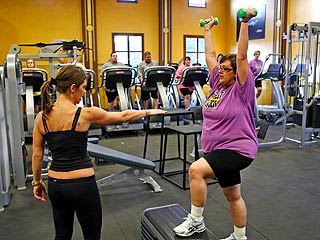 Some lessons for our lean journey can be easily seen on NBC’s The Biggest Loser in every single episode: To get results, you gotta do the work. The trainers don’t run on the treadmill for you. You must do all the heavy lifting and all the sweating. It’s hard work and requires you to change your behaviors. Nothing comes for free. And we must make the time to do it daily, no excuses.

No secrets. No magic.

Don’t hire Lean consultants to do the work for you and expect to become lean. Any improvements we might see will not stick. Lean consultants can teach, motivate, influence, demonstrate, coach, yell, scream and cuss, but you will only get results by doing it yourself.

Don’t delegate continuous improvement to your lean department. Kaizen is everybody, everyday, everywhere. A culture change towards becoming lean MUST be led by the top, no other way!

Too many executives don’t want the labor pains, they just want the baby.

YOU have to get up and get moving. Go to gemba. Don’t say I can’t, I don’t want to hear I can’t. Do what you can. Go, Go Go. You better toughin up. Improve something every day. Again. (Wow, I could get used to this!)

There are many inspirational quotes after many seasons of the Biggest Loser that may help us on our lean journey. As show trainer Bob Harper said it best, “Believe in yourself, trust the process and change forever.” And former show trainer, known for her hard-core, in-your-face style, Jillian Michaels says, “Shut up, focus and do the work” and “Get comfortable with being uncomfortable” and my personal favorite, “Unless you puke, faint or die, Keep Going!”

As an added bonus, here are a few clips of Bob and Jillian in action. Be warned: They have to be bleeped many times for rough language. One of my favorite parts is when Jillian points to her head saying” You are not getting it here”. It reminds me a little of some the Japanese consultants that used to yell at me years ago.


Posted by Mike Wroblewski at 5:27 PM No comments: 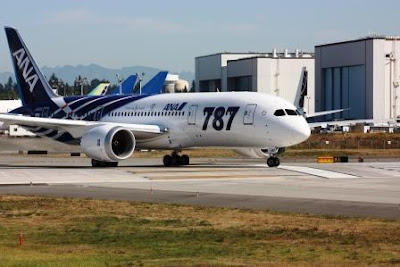 On our kaizen tour last week in Seattle, we included a stop at Boeing in Everett, Washington to observe their production lines and witness a test flight of the first customer production 787 for ANA (All Nippon Airways). The 787 lifted to the sky smoothly from the airstrip, unlike the bumpy journey of their long and costly production start-up which is only 3 years late in delivering this plane.

On my last visit to Boeing, in January 2007, the 787 Dreamliner production hanger sat empty and idle. This is in sharp contrast to the production area today which is in full swing trying to ramp up to 10 planes per month production level and put a dent into the 821 planes in customer order backlog.

From my vantage point on the observation platform, I looked for signs of improvement in their production process comparing the 747, 777 and 787 lines. With only a short observation time, I can not see the whole story however there are some interesting things I noticed and questioned.

The 787 line is completely surrounded by staff cubicles and offices directly on the production floor. This is not the case for the other lines. It appears that the staff has located as close to gemba as possible with the 787 layout. As you can imagine, this cuts the walking down dramatically. With such a huge facility to begin with this should have a dramatic impact to productivity and responsiveness. I wonder why the other production lines have not copied the 787 line and move more people closer to gemba? I also wonder why so many private cubes and not more work team clusters?

Visual management seemed a little better on the 787 line with many project boards, information centers, etc around the area. It is too hard to tell from a distance the purpose of all these boards so I’ll have to assume at this point. All the lines had plenty of shadow boards, kanban cards, flags and other mechanisms to convey orderly design. I wonder if all these boards add value or if they are just for looks?

The much publicized paced assembly line on the 777 line has been scrapped. I applaud Boeing for experimenting with this concept. Failure in these types of experiments is not a waste if we can learn from them. I wonder what Boeing learned? 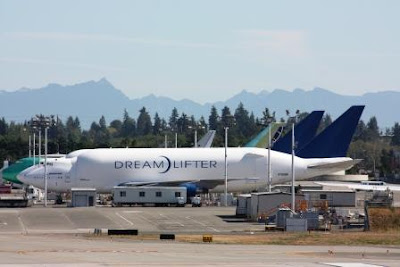 Sitting near the paint hanger were 2 of the 4 Boeing 747 Dreamlifers specially designed and built to haul large composite components from distant suppliers. Although I find the Dreamlifter impressive in design and ingenuity, I still question the strategy to make these parts off site and have them hauled in using a specialty aircraft. With two of them sitting idol, I wonder how often the Dreamlifters are being utilized?

The biggest disappointment for me was seeing all the product lines more idle than active. In other words, all the production lines had more people standing around (and sitting) than actually working on the plane. I saw the same thing 4 years ago but expected the 787 line to be different assuming a higher sense of urgency, improved production line design and lessons learned on Boeing’s lean journey. In most manufacturing plants, you can understand the lean culture quickly by simple observation. It makes me wonder about the strength of Boeing's lean culture in general?

Regardless of their difficulties, I find myself rooting for Boeing to succeed. As an American and frequent flyer, I certainly wish them the best of luck as they begin releasing 787s to their customers. Now ramp up that effort with a dose a strong continuous improvement and make us proud again!
Posted by Mike Wroblewski at 7:02 PM No comments: 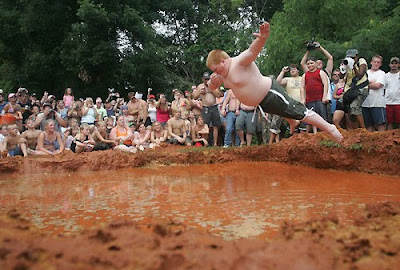 “You don’t have to be good to start, but you do have to start to be good.” Unknown Author

Regardless of task, project, or journey, everyone is faced with the same question, where do I start?

This question may take some thought before you decide on what you are going to do or it may leave you paralyzed in fear that you decide to do nothing.

Do you feel overwhelmed?

Do you lack knowledge or skills?

What if you head in the wrong direction? Make a mistake? Make things worse?

Do you fear failure?

Decide on a direction (call it a plan) and jump in the mud (do it).

Yes, you will get dirty! Change is messy and it can be scary. You might even feel some pain, more so in the landing than the jump itself. But most importantly, you make a decision to take action.

I am not saying to be reckless in your action, don’t jump off a cliff to get to the mud hole.

All action has risk. It’s unavoidable. Plan to minimize the risk where possible but it can never be entirely eliminated. So jump.

Once the action is taken, evaluate if you made an improvement or not. What did you learn? Where does it hurt? How can you do it better? (Check)

Make your improvements the new standard or adjust your actions accordingly. (Act)

Jump again. It’s the only way to improve.

You will find at the end of the day that there is no secret, no one-best-way and no perfect method, you just have to power to decide to jump or not.
Posted by Mike Wroblewski at 4:53 PM 4 comments: